You are here: Home / Course Level / How Public? Why Public? 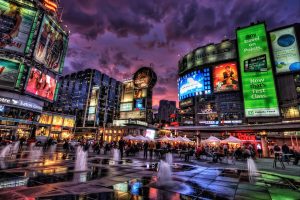 In the Interdisciplinary Studies program where I have begun working, we encourage students to go public with their work. It’s a common idea well beyond interdisciplinary studies: for students to feel more engaged with the work they do, to feel that what they are doing matters, they need to do that work for an audience beyond the classroom. Progressive wisdom now seems to converge around the idea that students sharing their work beyond the classroom provides them with meaningful motivation to do that work and a greater sense of purpose than is available within the classroom alone.

For those of us who, to some extent or another, agree with the principles of open education, open pedagogy, and open access scholarship, the idea that students should be doing work that is available to a public beyond the classroom is an idea that fits well with many of our basic assumptions about scholarship.

I must confess, though, that while I have at various times in my career had students do work that gets offered to a public (to some extent or another), mostly I have not. Mostly, the work students have done in my classes has been for the classroom. I have often given them various activities requiring them to share with each other, but only in a few circumstances have I ever had them make their work public, and those few circumstances were not, in my eyes, successful.

The fault is likely mine. Even the greatest teachers can’t expect to get things right if they only try them once or twice, and I would not claim to be among the greatest teachers. But as I’ve been thinking about how to adjust my teaching practices and encourage students to get their work out there, to build personal learning networks, etc. — as I’ve been thinking about this, I’ve had to face my own resistances. In doing so, I realized that I don’t resist going public, but rather resist going public without careful reflection. One of the reasons I’ve avoided adding a public component to most of my class activities is that I’ve never felt I had the time to help the students really think about how and why to bring their work to an audience beyond the classroom, and lacking that reflection, the idea of going public truly terrifies me. Thankfully, I think I have figured out ways to incorporate that sort of reflection into the IDS classes I will now be teaching, mostly because such reflection is key to the habits of mind we try to give our students practice with.

Two questions it might be valuable for any of us to think about are: How public? and Why public?

All of these questions will affect our choice of tools and venues.

It’s easy to think public = internet, because the internet has opened up vast new publics and vast new access, but the internet may not be the most effective means of bringing work to an audience, particularly if you don’t already have some sort of access to an audience that will allow your work to be discovered. It’s an attention economy out there, and with demands on our attentions expanding exponentially, it’s difficult to get noticed at all.

Thus, any questions of how and public benefit from thinking about what constitutes a public at all, and what allows access to the publics you want to reach. In many cases, it will likely be the internet; but particularly with local publics, other means may be more effective. I want to see students presenting information at meetings, creating posters to put up around campus, joining an organization that they can participate in and contribute knowledge to, doing local radio and TV shows — and, most excitingly, I want students to find productive ways of going public that I never thought of.

I also hope some students will say no.

Some writing, research, and thinking we do for ourselves. One of the great privileges the academy offers is the time and space to do work that might not lead anywhere, work that might be purely for personal interest. Certainly, we don’t want the academy only to be that, but we must make room for solitary and/or private work. We ought to be able to celebrate both our highly public teams of scholars and our quiet hermits, and we ought to be flexible enough to allow one to become the other.

(Perhaps I am protective of the hermits because the possibility of hermitting has long been one of the great attractions for me of an academic life. It’s a Romantic notion, even a self-indulgent one, I know, but still, the attraction is strong. So, too, the attraction of silence — I am quite fond of Hofmannsthal’s “Letter of Lord Chandos”, and Enrique Vila-Matas’s Bartleby and Co. reads to me not like a cautionary tale, but like pornography.)

With the internet, too, how and public are words worth thinking closely about, because there are so many different ways to go public on the internet. For instance, the internet allows a kind of anonymity that can be empowering for some people, problematic for others, and both for many. Trolls thrive on anonymity to say reprehensible things and to torment people. But anonymity (or pseudonymity) also leads to new possibilities. I have no idea who a few of my favorite writers on the internet are — for instance, this week I read an extraordinary essay by Film Crit Hulk about violence, hostage situations, movies, and the late food critic Jonathan Gold. I shared that essay with lots of people, and they shared it, too. The writing is public (and reached many publics), the byline Film Crit Hulk is public and has a large catalogue of writings associated with it, but is the person behind Film Crit Hulk public? They may be — I haven’t really looked — but even if they are, the pseudonym allows a distance between writer, text, and reader that is unavailable to those of us using our real names. (Speaking of Jonathan Gold, in “Two Cheers for Anonymity”, he wrote about anonymity as a restaurant critic. Later, he went public as himself.)

For me to give credit to my students’ work, I need them to be public with me, but that does not mean they need to be public to the world. There are plenty of legitimate reasons to create a pseudonym. The internet can be a brutal place. Thus questions of the hows and whys of working in public often get entangled: How you go public may depend on why you go public.

If your goal, for instance, is to show potential employers that you are a person of substance, achievement, and expertise, then you can’t be anonymous, because the whole point of being online is to get your name out there. If your goal is to advocate for a marginalized, vulnerable group of which you are a part, then you would want to think long and hard about how comfortable you are having your name associated with that sort of publicness, because being public could come with real dangers, including physical dangers. If you’re getting close to controversies (and sometimes even if you’re not), you’ll need to consider how much harassment you’re willing to put up with, given that the internet is, indeed, full of trolls and can sometimes feel like a cesspool firehosed all over you. It might be that you’re much more comfortable dealing with trolls from behind the armor of a pseudonym, a separate persona from your self, than you are from behind your own name. Or you may decide to put yourself out there, but deliberately and carefully, with a particular focus (e.g. sticking to an uncontroversial professional presentation).

I want my students to put their work out there for the world to see. I’ve been doing so myself for many years, and it has truly affected the course of my life. But I also want students to know about the risks, to think carefully about how they craft their online footprint, to learn about things like Gamergate, to pay attention to the privacy settings of online tools. We should all be able to choose for ourselves, in as informed a way as is practical and possible, how and why we are public.

Matthew Cheney is the Interim Director of Interdisciplinary Studies at Plymouth State University in New Hampshire. He tweets at @finiteeyes and can be found on the web at https://finiteeyes.net/.

This site uses Akismet to reduce spam. Learn how your comment data is processed.