This year, I am part of faculty group tasked with designing, piloting, and assessing a new capstone to our General Education program. We are imagining this capstone as an “integrated” course, one that brings together students from a range of majors to work in multidisciplinary groups on an outward-facing project. In our initial meeting, the phrase “public product” came up as a useful way to understand one of the features of the course.[1] Despite the title of this piece, I find the phrase extremely helpful for thinking about project-based learning and outward-facing assessments, which allow students to interact with an audience besides the instructor.

But the phrase “public product” can be troublesome, I believe, when applied to open textbooks. I didn’t know it at the time, but when I first began using, developing, and revising open textbooks in my classes, the notion of a “public product” haunted me. The word “product” evokes completion and perfection while “public” conjures up the idea of a scholarly, potentially judgmental audience, at least for me.[2] In my first years as a faculty member, I asked myself the following questions: What if scholars see my students’ work and believe that it is not accurate or thorough enough? What if my colleagues see my students’ work and notice a grammatical error, or worse, that they committed the cardinal sin of citing information from Wikipedia? Aren’t outward-facing assessments, especially those deemed “public products,” supposed to be the ideal result of high-impact practices, representative of students’ most impressive, engaging work? This seemed to me like a tall order, especially in a profession concerned with the process of learning, and thus, with inevitable failures and imperfections.[3] 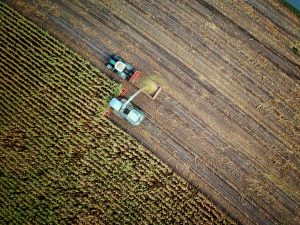 For some of my classes, open texts have allowed me to rethink the notion of the “public product”—to free public student work from the tyranny of perfection. To utilize open texts is to invite students into the challenging and often thorny process of knowledge-production—a process that continues long after the semester is over. In the past few years, my students and I have focused on the following processes: 1. Expanding an Open Anthology of Earlier American Literature in a course called “Rethinking Early American Literature” and 2. Developing a handbook for our upper-level “Critical Theory” course, which students have titled The Student Theorist: An Open Handbook of Collective College Theory. Both of these texts have enabled me to think about my courses as messy, continuous processes rather than hermetically sealed, self-contained units—as conversations that build and become more complex each year.

The Open Anthology of Earlier American Literature exemplifies this messiness. Robin DeRosa and her students began working on the American literature anthology before I arrived at Plymouth State University (PSU). They focused on re-publishing primary texts that were out of copyright, as well as researching and writing introductory headnotes for these texts.[4] For me, the Open Anthology does not replace anthologies such as the Norton or the Health, which provide essential information about historical context and scholarly debates. Rather, this text presents an opportunity for students to learn actively, to participate in the exercise of anthology production. And for many, the Open Anthology is a much-needed cost-saving mechanism, providing free access to pre-1900 texts that are already in the public domain. While my American literature classes have certainly added primary texts and headnotes to this anthology, they have also begun to include their own experimental, provocative essays as part of this anthology. For instance, last year, students collectively wrote a new preface that reflected their vision for the text. They also created and curated a new section entitled “Where is American Literature Now?,” which links early American literature to contemporary texts such as Django Unchained (2012), Get Out (2017), American Psycho (2000), and the many iterations of the song, “This Land is Your Land.” Moreover, they developed sections of supplementary writings on new texts such as The Female American (1767), and contributed a range of writings on topics such as Herman Melville’s transnationalism, Edgar Allan Poe’s obsession with tortoises, and Harriet Beecher Stowe’s racial politics. In its many iterations, this anthology represents the collaborative and multi-semester work of an ever-widening circle of PSU English majors. And while I think it is important that we maintain our own PSU-based text, so that students have a sense of ownership over their newly revised and remixed version at the end of each semester, the Rebus Community’s broader version of this project offers opportunities for student work to be republished in other venues, and potentially taught in other classrooms. In fact, many current and former PSU English majors are featured as contributors to this project. An ever-proliferating phenomenon, The Open Anthology of Earlier American Literature is far from a completed, perfected, “public product.” In many ways, it has only just begun.

Though a markedly different kind of text, The Student Theorist represents a similarly unfinished process. Since the texts covered in “Critical Theory” are copyrighted, The Student Theorist is not a digital anthology of writings by Sigmund Freud, Karl Marx, and Louis Althusser. This student-created, student-structured text offers a user-friendly introduction to the world of critical theory—an invaluable resource for theory newbies. Indeed, as Robin DeRosa and Rajiv Jhangiani write, “[t]hough students may be beginners with most of the content in your course, they are often more adept than you at understanding what beginning students need in order to understand the material.”[5] Following this principle, The Student Theorist welcomes newcomers into a notoriously inaccessible and intimidating field. In the future, it might serve as a resource for our introduction to the major, “Studies in English.” This text is an accumulation of carefully-selected writing-to-learn exercises and provocations. It includes introductions to concepts such as the Freudian uncanny, dark ecology, and essentialist feminism, as well as mini-essays on topics such as Spongebob’s Oedipus Complex, gender performativity, women in stand-up comedy, and postcolonial critiques of FernGully (1992). Students selected and revised their work for inclusion in the text, collectively wrote a preface, and, after a vigorous in-class debate, decided on a title. But again, the work is far from over. I am excited to see what this year’s “Critical Theory” class will do with this text.

This year, for the first time, I will start to include student-authored essays from these texts on my syllabi. The inclusion of student work on syllabi is a seemingly small but radical act. It enables current students to engage with the work of previous students and shows them that their work matters to a broader audience than just myself. Future PSU students, and possibly other learners, need their help and are interested in what they have to say. I have just begun teaching “Rethinking Early American Literature,” and this year, I selected highly provocative student-authored pieces to include as required reading on my syllabus (such as Carmen Maura’s “How to Get Away with Genocide”). My hope is that these pieces will spark in-class debate and inspire current students to be just as provocative in their writing, knowing full well that it might appear on some future syllabus.

Open texts are undoubtedly public, but they are far from finished products. And this is a good thing. The experience of producing public work is invaluable for college students; it heightens the stakes and impact of their work, allowing them to actively produce rather than just consume knowledge, and contribute to ongoing conversations. Although we try to avoid it, there might be a grammatical error here and there, or an awkwardly-worded sentence, which leaves more for future scholars and students to revise and remix. And given the rise of open pedagogy practices that involve students in Wikipedia entry revision, there just might be a Wikipedia citation as well, perhaps one created or edited by students in another open classroom. The ever-changing and delightfully imperfect character of these open texts inspires future learning opportunities, blurs the boundaries between discrete classes, builds a broader sense of intellectual community amongst students, and calls instructors and students to embrace the messiness of learning. As an added bonus, they ensure that my syllabus will never quite stay the same.

[1] Faculty members learned about this term after attending a workshop at the Worcester Polytechnic Institute’s Center for Project-Based Leaning.

[2] For a discussion of the challenges and complexities of public work, see Matthew Cheney, “How Public? Why Public” Open Pedagogy Notebook, https://openpedagogy.org/course-level/how-public-why-public/.

[3] My colleague Elizabeth Ahl, who teaches creative writing, among many other things, has emphasized the importance of failure in her classroom. Her emphasis on failure in numerous meetings and professional development workshops has helped me to remember the value of process-based pedagogy.

[4] For DeRosa’s account of her experiences with this and other open textbooks, see Robin DeRosa, “Student-Created Open ‘Textbooks’ as Course Communities,” Open Pedagogy Notebook, https://openpedagogy.org/course-level/student-created-open-textbooks-as-course-communities/

Abby Goode is Assistant Professor of English at Plymouth State University in New Hampshire. She specializes in nineteenth-century American literature, sustainability studies, transnational American studies, and gender and sexuality studies. Recently, her scholarship has been supported by fellowships from the Woodrow Wilson Foundation, the American Antiquarian Society, and the First Book Institute at the Center for American Literary Studies at Penn State. Her research appears in venues such as Early American Literature, Studies in American Fiction, and American Studies in Scandinavia.

This site uses Akismet to reduce spam. Learn how your comment data is processed.