You are here: Home / Archives for Jon Beasley-Murray 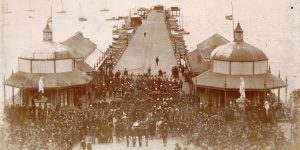 The University of British Columbia‘s class SPAN312 (“Murder, Madness, and Mayhem: Latin American Literature in Translation”) contributed to Wikipedia during Spring 2008. The collective goals were to bring a selection of articles on Latin American literature to featured article status (or as near as possible). By project’s end, they had contributed three featured articles and […]